While Adriatic is primarily focusing efforts on Kizevak and Sastavci, significant exploration potential exists across the region.

The Raska Project is within the Trepca Belt, part of the larger pan-Eurasian Western Tethyan Metallogenic Belt. Numerous base and precious metals mines and exploration projects are located in the Western Tethyan Belt.

Trepca is a historically significant mining district and was one of the largest producers of zinc, lead and silver in Europe throughout the twentieth century. Mining can be dated to pre-Roman times. The Raska Project is situated at the northwest end of the Trepca Belt. 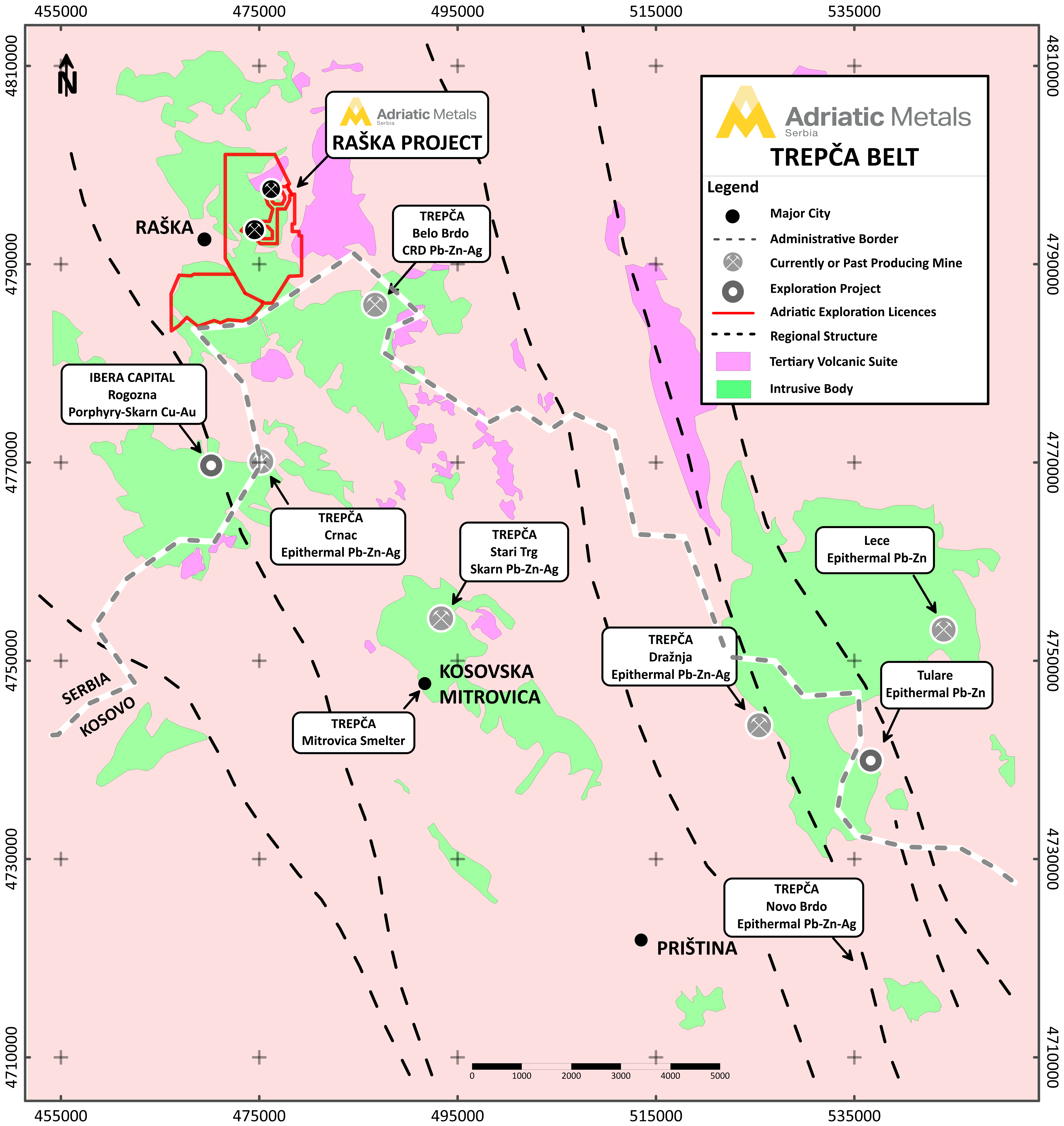 The Raska Project is situated at the northwest end of the Trepca Belt, a historically significant producing region of zinc, lead and silver

Aside from Kizevak and Sastavci, there are several prospects within andesitic volcanic rocks at the Raska Project. Polymetallic epithermal vein targets include Karadak, Lipovica, Plavkovo and Kremice East. These veins occur peripheral to and/or overprint central copper-gold porphyry systems at Rudnica, Kremice and Bukovik. This metal zonation is typical of multiple large mineralised systems in magmatic-hydrothermal belts.

Targeted geochemical sampling and geophysical campaigns define these mineralised systems, alongside historic drilling. Karadak, Rudnica and Kremice have been drill tested by the company.

Exploration licences and prospects of the Raska Project. Metal zonation at surface shows potential for for large zinc-lead-silver-gold and copper-gold mineralised systems.