The Sastavci Prospect is a historically mined open-pit and like Kizevak ceased operations in the late 1990s, albeit it operated on a smaller scale.

Sastavci was discovered by the Yugoslav state in 1976 and saw limited production between 1985 and 2000 (44 Kt). Intermediate sulphidation epithermal mineralisation was drilled historically over a 1,200 m strike length, central to a large alteration footprint of 3 km2.

At least 30 drill holes for 7,000 m and three underground exploration drives were completed at Sastavi in the late 1970’s. This work led to a Yugoslav GKZ resource estimate of 1.6 Mt @ 4.55% Zn, 2.8% Pb, 30 g/t Ag and 0.5 g/t Au in the A+B+C1+C2 categories (not JORC compliant). Just 44 Kt of ore was mined from Sastavci. The Company has drilled 5,000 m since October 2020. Historically defined mineralisation has been confirmed over 600 m of NW-SW strike length, open in both directions, to depths of >300 m below surface and up to 45 m thick. New mineralised zones have been intercepted outside the limits of the historic pit. 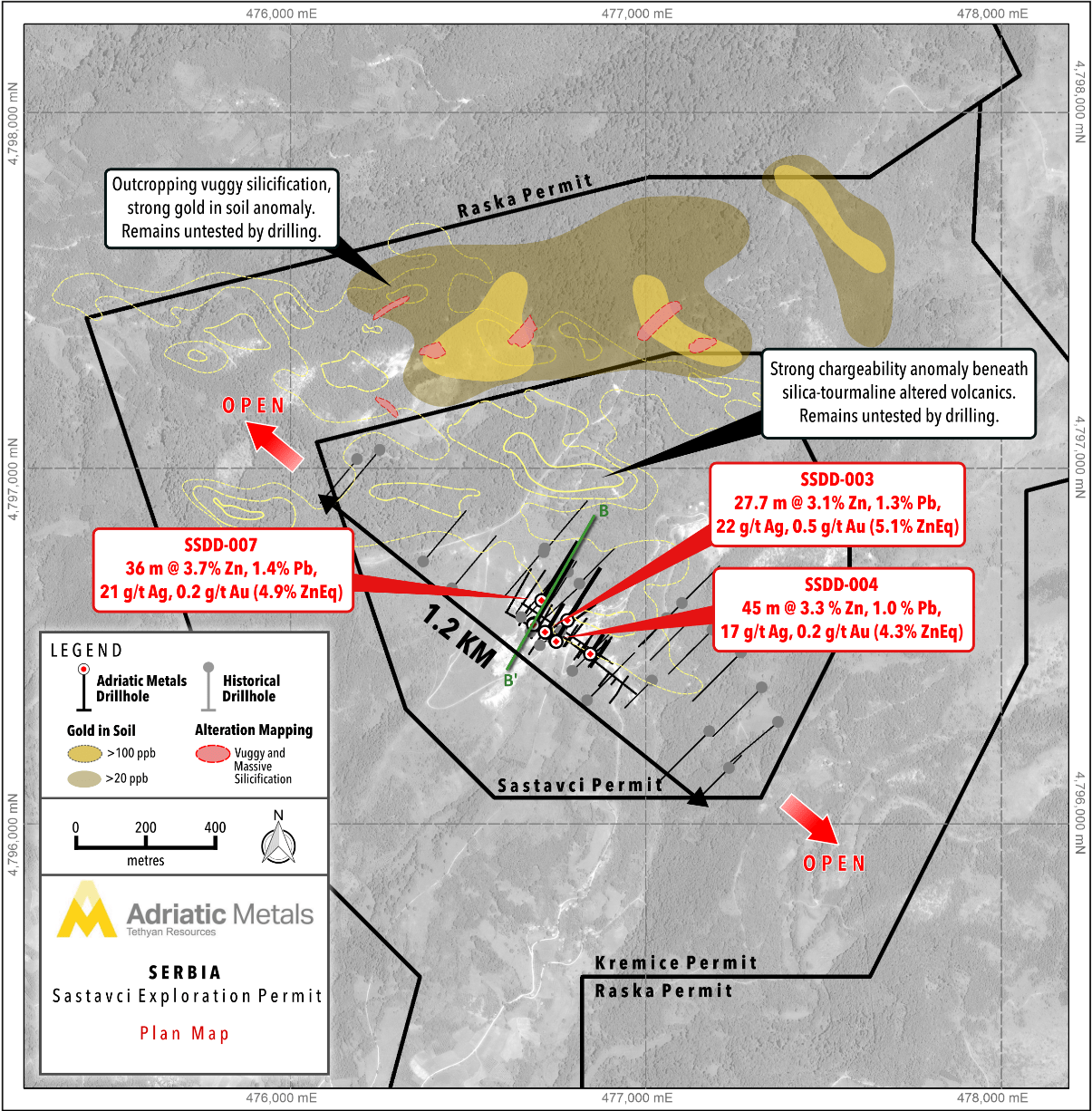 Drilling and exploration at Sastavci

Mineralisation remains open in all directions and continued potential exists for blind structures outside of the pit limits given the presence of a widespread alteration footprint. Detailed geological mapping, geochemical interpretation and ground magnetics are useful tools in realising exploration potential at Sastavci.